Reliable tipster Ice Universe recently claimed that the Xiaomi Mix Fold 2 will be launched on August 11, and the tipster has proved right since Xiaomi took to Weibo to confirm the August 11 unveiling of the Mix Fold 2. In addition to the Mix Fold 2, Xiaomi will also introduce the Buds 4 Pro TWS earphones and the Pad 5 Pro 12.4″ tablet on Thursday at the same event, which will begin at 7PM local time in China. The Pad 5 Pro 12.4″ is different from the Pad 5 Pro launched last year. The former packs a bigger screen (12.4″ vs. 11″) and features a camera island on the rear with a…

We are just a few hours away from the official unveiling of the Galaxy Z Fold 4 and the Galaxy Z Flip 4. Since both phones have leaked entirely, the focus of the leaksters has now shifted over to Samsung’s next flagship already. The Galaxy S23 Ultra’s codename and model numbers have been leaked, courtesy of tipster Paras Guglani (via […]

If we count all the regional variants and regional names, Oppo’s Reno8 family is already pretty expansive, featuring seven devices. But that wouldn’t be fitting of the Reno8 line, now would it? So, you guessed it, an eighth Reno8 is due to soon join all the others in Oppo’s increasingly confusing mid-range portfolio. We’re talking about the Reno8 4G, not to be confused with the already official Reno8, which has 5G support. The upcoming device has leaked today in the official-looking image you can see below. It definitely keeps some of the design elements that make it recognizable as a…

The HBO Max app for the iPhone and iPad is this week receiving a notable update that will overhaul the interface and add several new features that will improve the viewing experience on iOS devices. 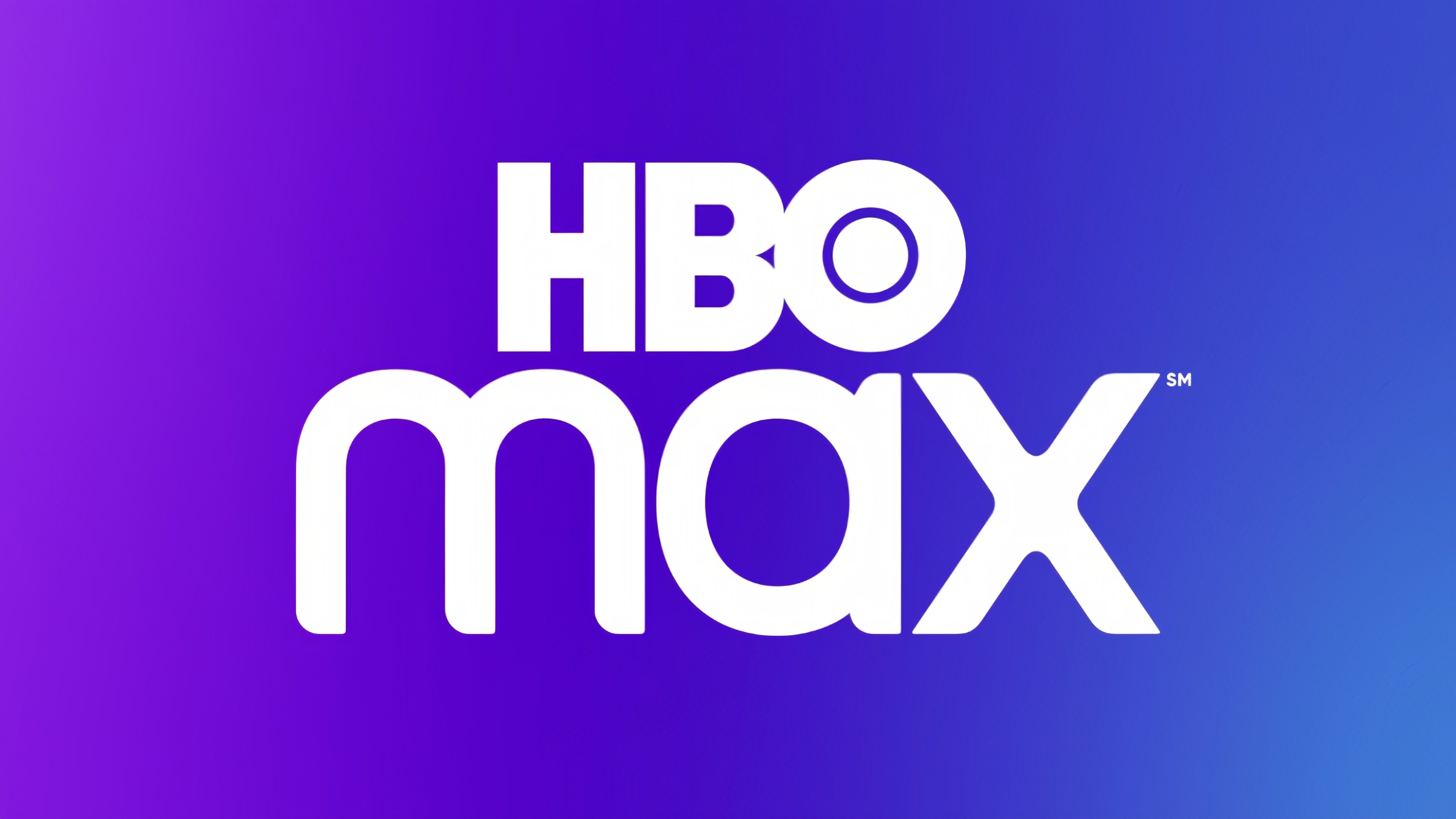 According to the press release announcing the changes, the app offers a more intuitive navigation system, a refined design, and performance and stability improvements to bring it in line with the updated HBO Max Apple TV app that came out back in April.

U.S. HBO Max users who have an ad-free plan can use SharePlay on the ‌iPhone‌ or ‌iPad‌ to watch HBO content with friends and family over the FaceTime and Messages (iOS 16 only) apps, plus there is now a Shuffle button.

Previously available on the desktop, the Shuffle button lets users randomize the first episode that plays for select shows on the platform. On the ‌iPad‌, Split View works with other apps so you can watch HBO while doing other things at the same time.

The updated HBO Max app does not appear to be available for all ‌iPhone‌ and ‌iPad‌ users at this time, but WarnerMedia has said that it is rolling out.

The Sony INZONE H7 delivers on sound quality, but do its other features make up for its high price?

Apple today seeded the fifth beta of iOS 16 to developers for testing purposes, introducing some small but notable changes to the iOS operating system.

We’ve rounded up everything new in the beta below.

The battery icon in the status bar now displays the exact battery percent, a feature that can be toggled on in the Battery section of the Settings app. 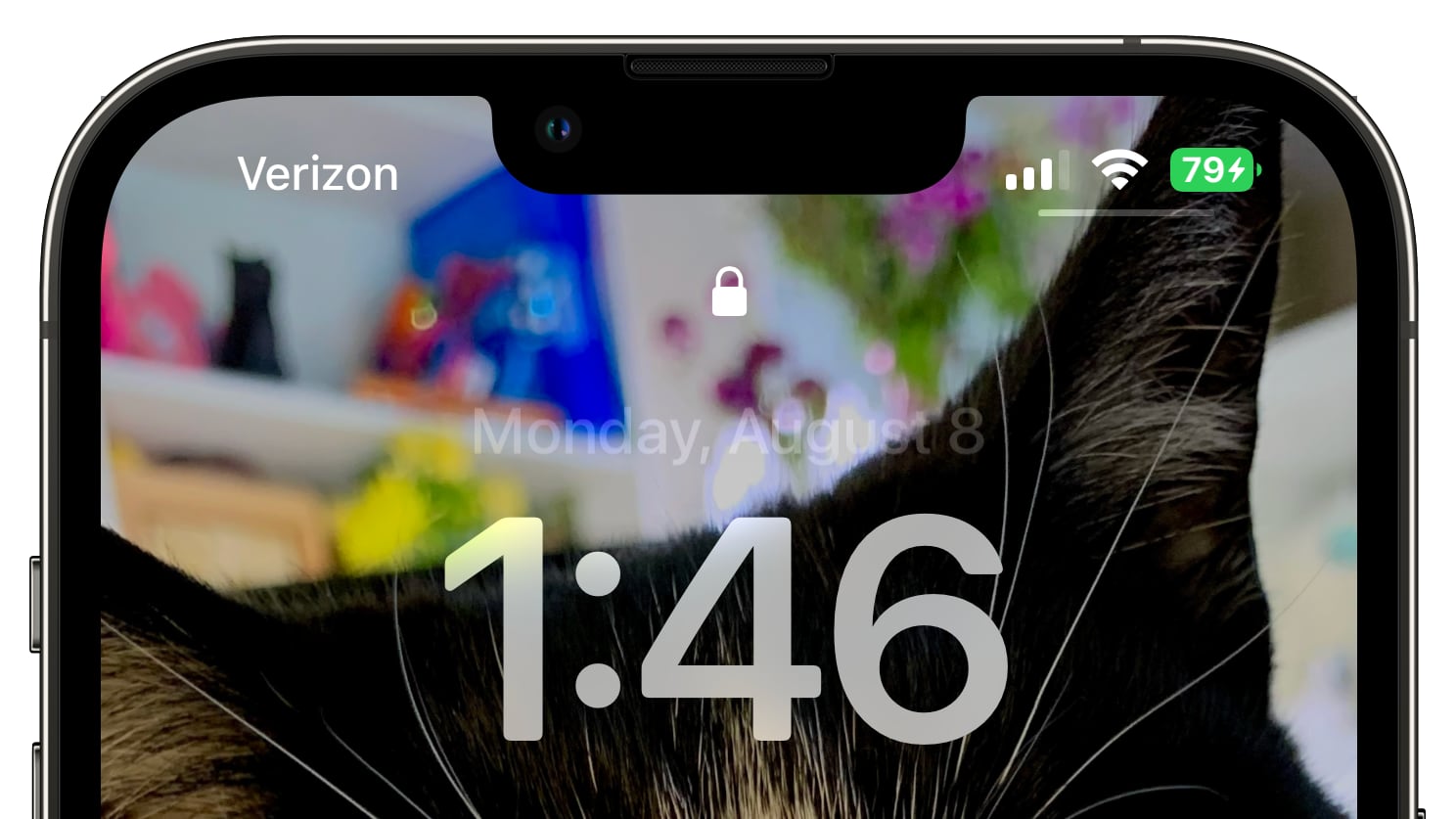 Battery percent has not been available on iPhones that have a notch for years now because of space constraints, so this is a welcome change for many ‌iPhone‌ users. Prior to now, checking for exact battery percentage had to be done by swiping into Control Center or using the battery widget.

When you use the “Play Sound” option in the Find My app for one of your devices, ‌iPhone‌ models have a new sound that plays. It’s a bit louder and it is distinct from the sound available with prior versions of ‌iOS 16‌.

When you swipe up on the Apple Watch to get to the Control Center, if you tap on the ‌iPhone‌ icon to ping your ‌iPhone‌ to locate it, you’ll hear a new sound. It is the same sound as the new ‌Find My‌ sound.

The third beta of ‌iOS 16‌ added a full-screen music player, and the fifth beta introduces a live mini visualizer. 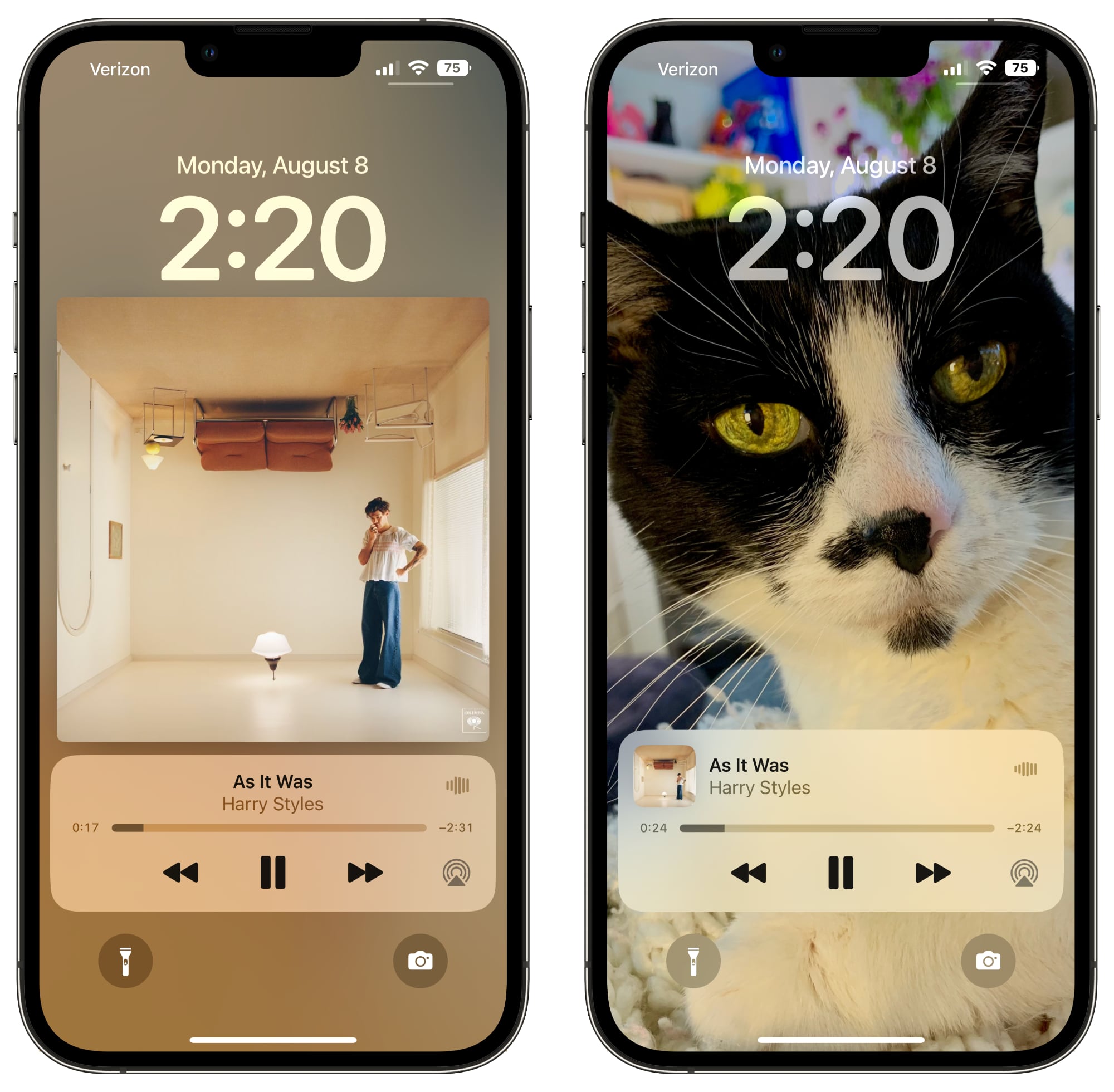 The Perspective Zoom feature has been removed for Lock Screen wallpapers. The toggle to disable it has also been removed.

It may be re-added in a future beta, as it is a feature that has been available on iPhones for some time.

Apple has slightly tweaked where Dolby Atmos and Lossless indicators are displayed. The information is now right next to genre, rather than below the Play and Shuffle buttons. 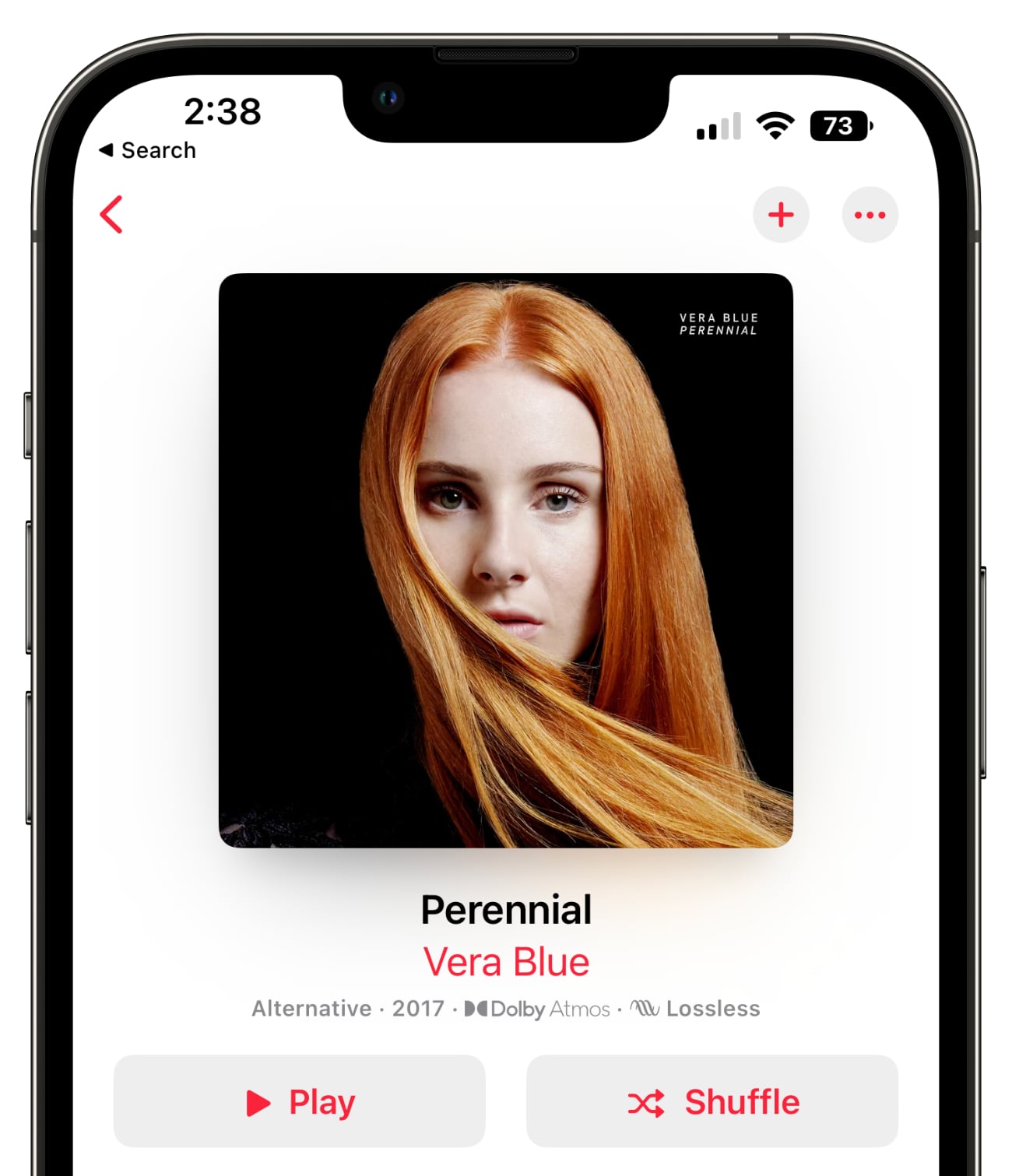 When you take a screenshot, edit it, and then tap on “Done,” there is a new option to “Copy and Delete” the screenshot rather than just delete it. 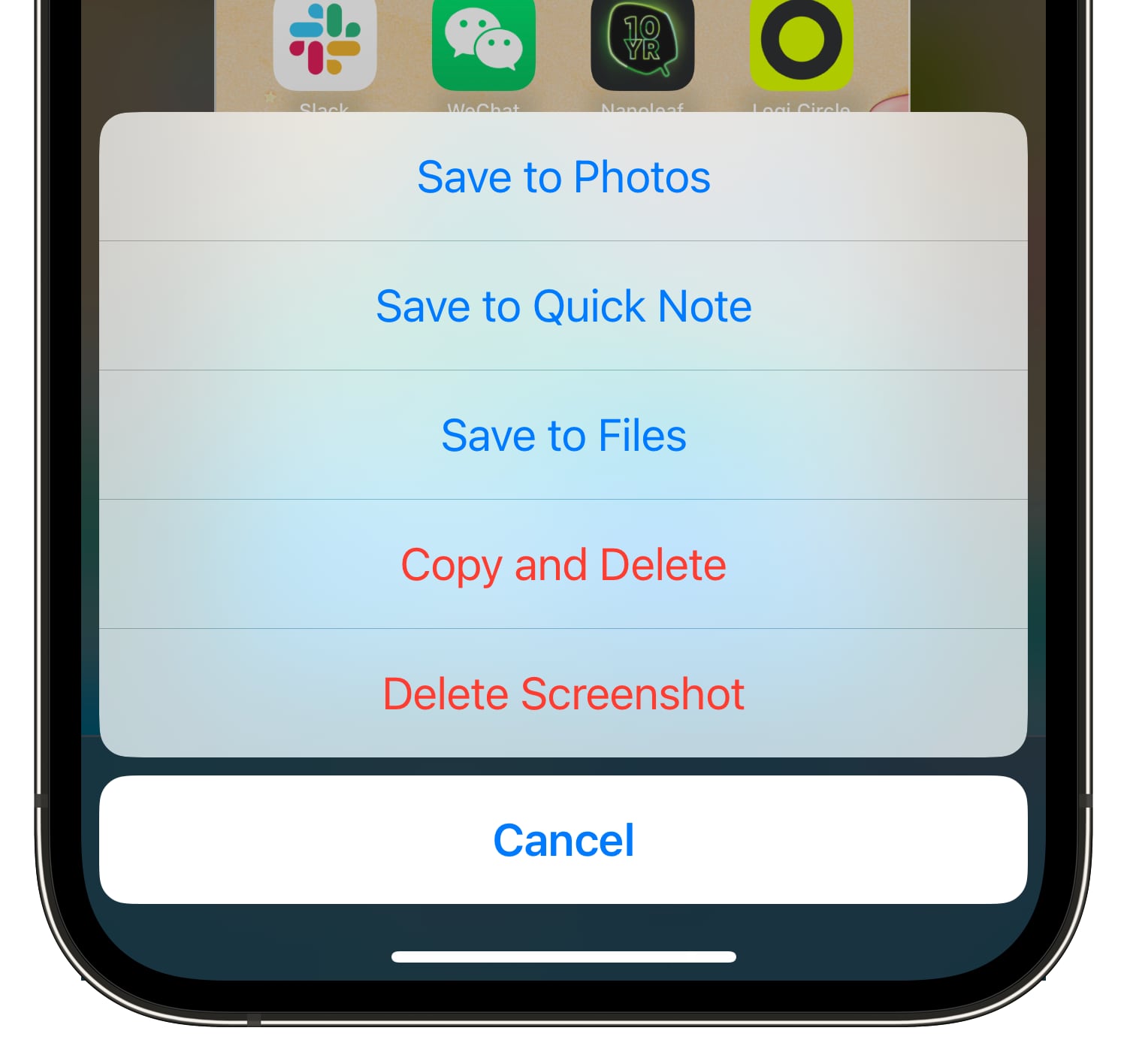 When you press and hold on the side button or rapidly press to get to the emergency screen, “Emergency SOS” has been renamed “Emergency Call.”

Know of a new feature in ‌iOS 16‌ beta 5 that we left out? Let us know in the comments below.

This article, "Everything New in iOS 16 Beta 5: Battery Percentage in Status Bar, Find My Changes and More" first appeared on MacRumors.com

Oppo is gearing up to announce several new smart accessories and a new tablet on August 10 and the maker already has the Oppo Watch 3 series up for reservation on its Chinese online store. In addition to the listing, we get some spec details about the upcoming smartwatches. Oppo Watch 3 Pro will bring a curved 1.91-inch AMOLED LTPO with Always-on Display (AoD) functionality while the exact display of the regular Watch 3 is still not revealed. Both watches will run on Qualcomm’s Snapdragon W5 Gen 1 chipset and Oppo’s in-house Apollo 4 Plus co-processor. They will also offer ECG, eSIM,…

With the fifth beta of iOS 16, Apple has updated the battery icon on iPhones with Face ID to display the specific battery percentage rather than just a visual representation of battery level. The new battery indicator is available on iPhone 12 and iPhone 13 models, with the exception of the 5.4-inch ‌iPhone 12‌/13 mini. 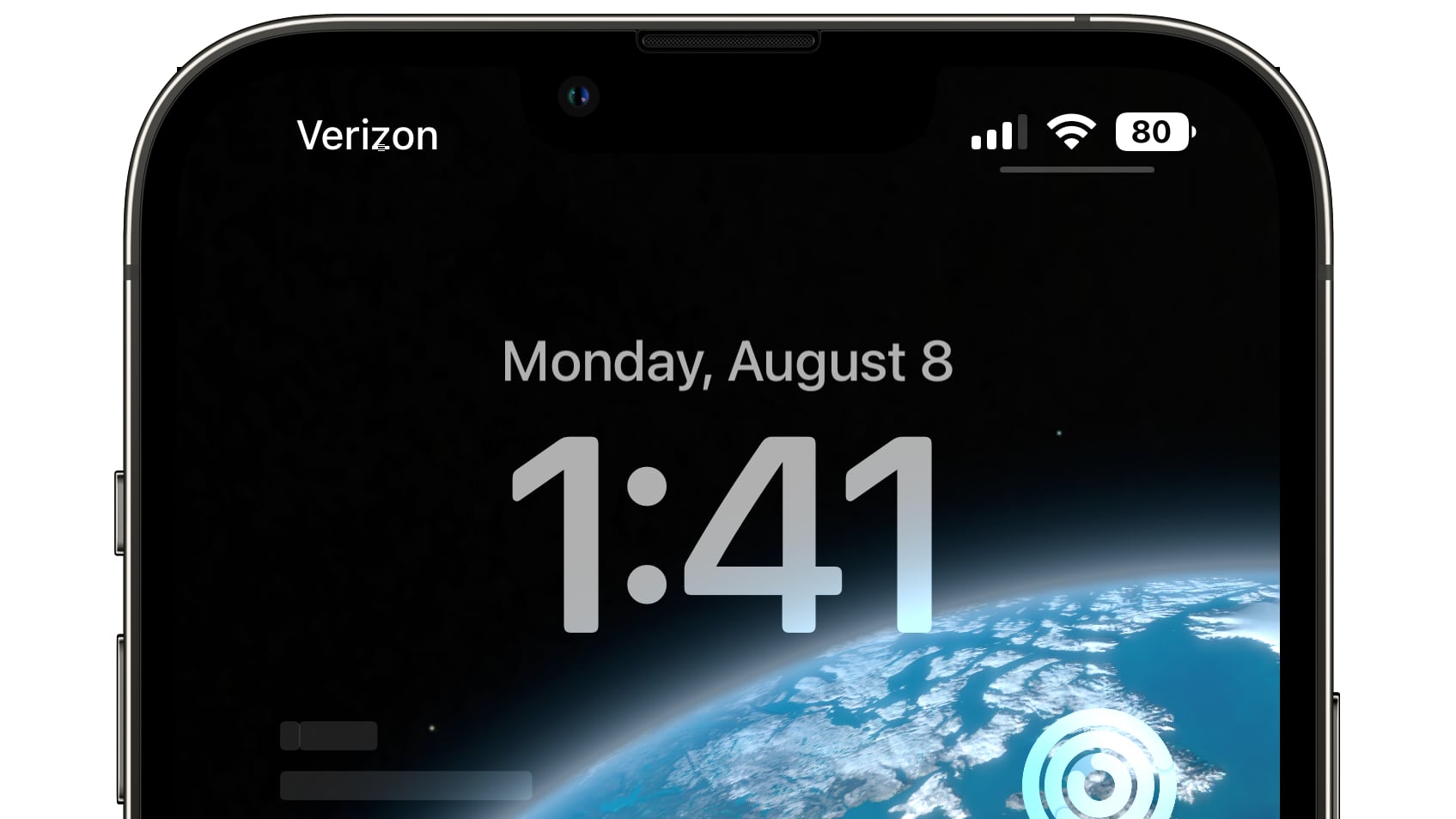 Battery percent has not been present on iPhones that have ‌Face ID‌ because of the lack of space on either side of the notch that houses the TrueDepth camera hardware. The new design adds the specific battery level to the battery icon, providing a better idea of battery status at a glance.

In iOS 15 and earlier versions of iOS, the battery icon shows a visual of the battery level, but it does not provide a specific percent. To get that information, iPhone users need to swipe down into Control Center or swipe over to the Today center view to see the battery widget.

Battery percentage can be toggled on and off in the Settings app in the Battery section. The battery percentage feature appears to be available on most iPhones that have a notch, but it does not appear to be an option on the iPhone 12 mini, ‌iPhone 13‌ mini, iPhone 11, ‌iPhone‌ XR, or ‌iPhone‌ X, perhaps due to space constraints. 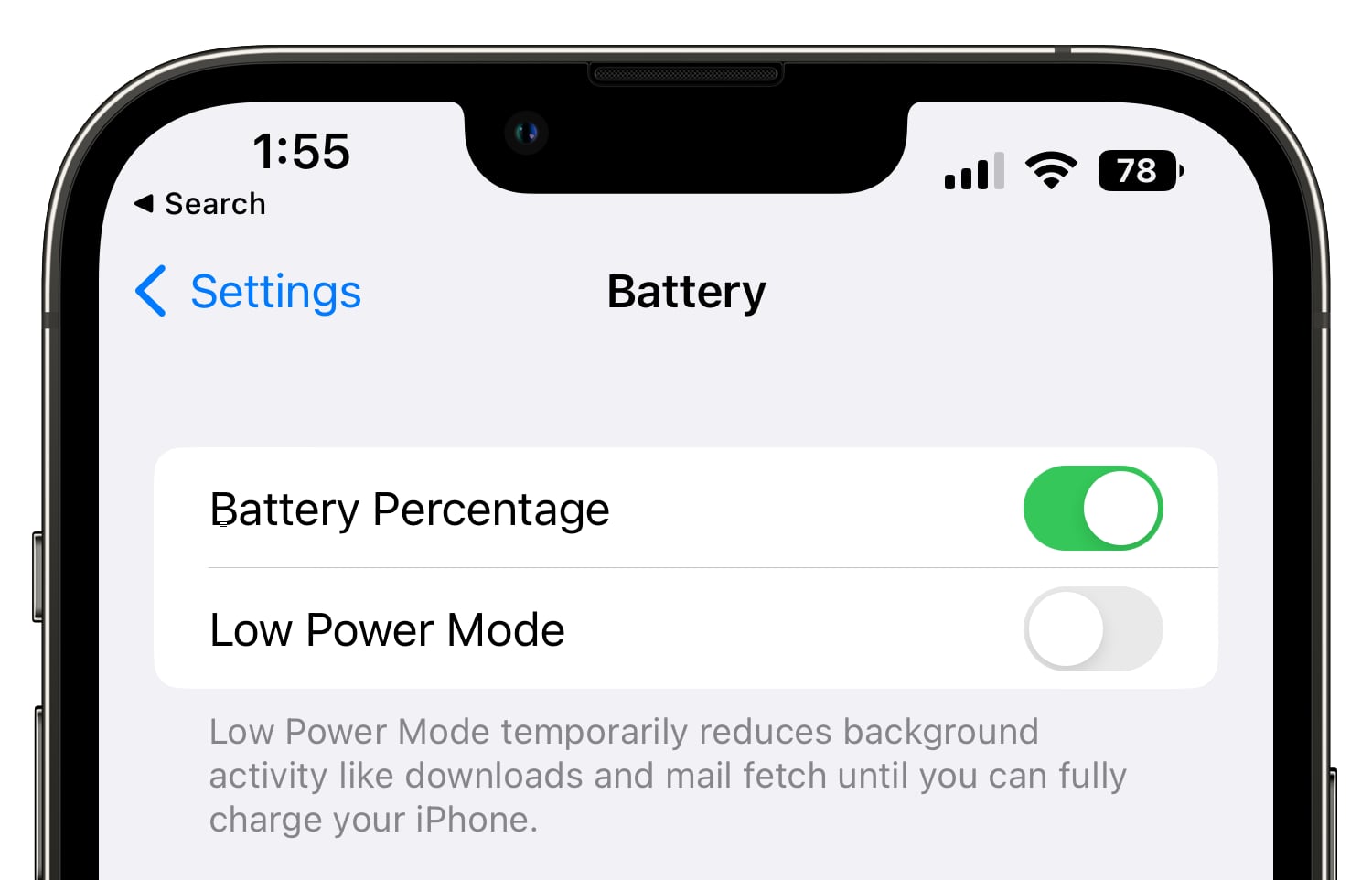 ‌iOS 16‌ beta 5 is available to developers at the current time, and Apple will be releasing a public beta in the near future.

OnePlus had a big launch events last week. Organized in New York’s beautiful Gotham Hall and attended by media folks around the world, the event was the company’s first in-person gathering since the pandemic and a pretty impressive one at that. The reason for this gathering? The launch of the company’s new OnePlus 10T smartphone and the announcement of the upcoming OxygenOS 13 software. Image credit: OnePlus forum OnePlus has certainly come a long way as a company from its humble origins, and you can see that from the grand scale of its events. But as the events themselves get…

No comments to show.